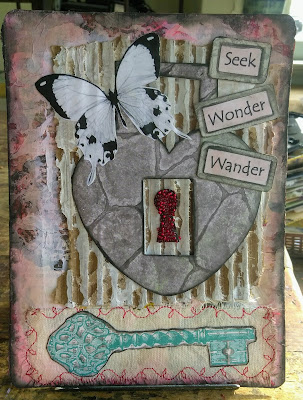 ...collage. Much in the way that Zentangle relaxed me, gluing things to paper has weaseled its way into my daily artsy endeavors.
These are for a monthly swap series I've been making for the Facebook group Trashy and Flowish Junk Journals. Each month, we're given a template to incorporate into a 6" x 8" journal page. The idea is that at the end of the year you end up with 12 pages to bind into a journal. 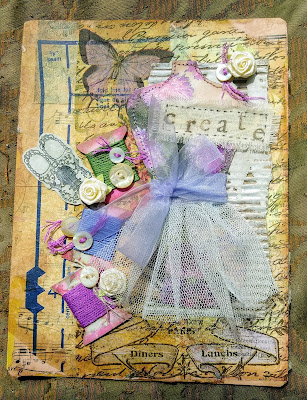 I had two partners for this dress form swap. In a different swap, my partner had sent me a bunch of vintage buttons. I had so much fun with them. 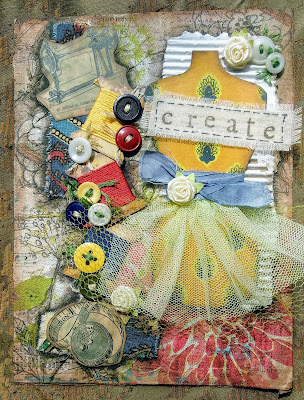 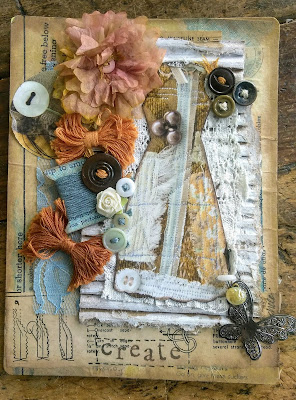 The flower at the top is made from tea bags;-) 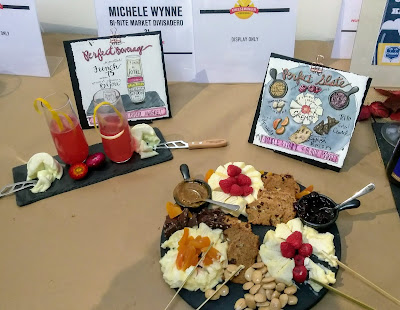 At my day job, what keeps me in art supplies and a roof under which to craft and create, I'm a Cheesemonger. I work behind the cheese counter of a small, family owned specialty food market.
Back in January, I competed in The Cheesemonger Invitational. The video below  is from a CBS Sunday Morning feature of last years competition. It's pretty fierce and when all was said and done, I placed 11th out of 37 cheesemongers. I won a trip to visit Wisconsin dairies in October so I'm really jazzed about that. 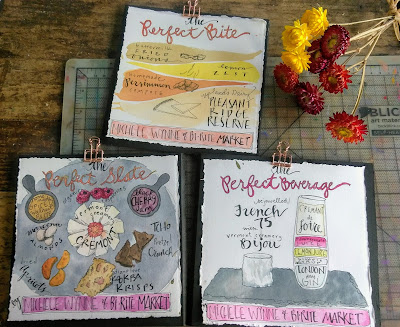 I did NOT create these cheese boards. They were at our meet and greet party to kick off the 3 day event. They were prepared by the guy who won last years competition and is going on to compete later this year in France. 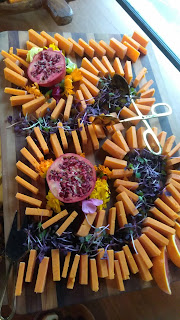 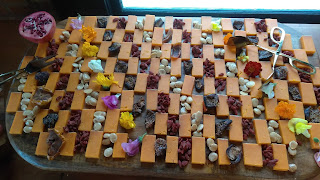 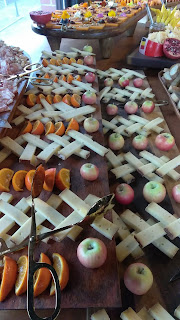 This is a CBS Sunday Morning feature from last years competition: